“Hits” may have been ordered from prison

Johnny “Tiger” Torres was no angel, his cousin will readily admit. He had his run-ins with the law, but he had a wonderful laugh and a great sense of humor.

“He wasn’t perfect, but then again, who is?” said his cousin, Avelina Torres. “And to me, it doesn’t matter what kind of life you’ve led. If you’ve been murdered, your murder has to be investigated no matter what the circumstances are.”

Torres, 62, was killed on Sept. 4, shot in the head on his driveway on Soledad’s Dixie Street as the town wrapped up its Fiesta Days.

As with the five killings that have taken place in Soledad during the past 16 months — the most recent one happened two weeks ago — no arrests have been made.

Gang investigators are convinced the string of killings occurred because leaders of the Nuestra Familia prison gang have sent orders to settle old scores and execute gang dropouts.

The brazen slayings began in March 2011 and have continued up to the fatal shooting two weeks ago of 34-year-old George Campa. All occurred in daylight. They were all near the victims’ homes, and in some cases in front of friends or relatives.

Four of the five were killed on a Sunday, and two killings took place on holidays — one on Easter Sunday.

The methods are chillingly similar. Police say the shooters walked up to the victims and shot them at close range, making sure they would not survive.

“Clearly it’s a wake-up call for these guys,” said Soledad Police Chief Eric Sills. “Many of these guys who have been targeted, if you talk to the families and relatives, they have felt this was coming. They have seen people literally drive by their houses and yell out threats. Nobody can say they’re safe.” 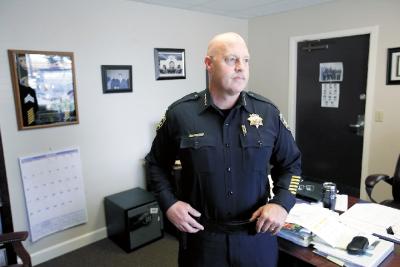 Various federal and local investigators say the slayings are the manifestation of recent Nuestra Familia gang orders to “take care of” older defectors and others considered in bad standing with the gang — vendettas stemming from decade-old grudges forged during a civil war that ruptured the gang in Salinas.

To help implement the plan, one official said, a gang lieutenant was recently paroled from prison with orders to “clean up dropouts.”

With few leads and no arrests made to date, the region’s most prominent criminal organization appears to be operating with impunity as officers struggle to stem the bloodshed.

Most of the victims were living low-profile lives. Despite histories of drug use and shoplifting, they had demonstrated no gang involvement for 10 years or more.

Their former gang ties, however, date to an exceptionally violent period in the late 1990s. Court and police reports show that the victims had stepped away from gang life during or just after the civil war schisms.

It started on March 7, 2011, when Laurencia Hiracheta, 57, was gunned down outside her apartment building as she warmed up her car. Hiracheta had been a close gang associate for much of her life, but she walked away in 2001.

Next came Torres’ killing while gang members staged a fight at Soledad Fiesta Days, apparently to distract the police. Torres’ former gang involvement was considered minor, but his home was known as a hangout for gang dropouts, which might have incurred the wrath of the organization, law enforcement officials say.

Dario Melchor, 42, was next. He was barbecuing at home on Easter Sunday when he was shot and killed. A 62-year-old man with him was shot but survived.

Law enforcement officials repeatedly say that witnesses make or break cases, and in crimes such as these, it’s safe to assume that those who saw anything — friends and relatives — are scared.

Except for Avelina Torres, family members contacted for this story would not speak to The Herald. Other residents say they believe the Nuestra Familia is behind the murders and that more are coming. There is talk of a list of priority hits on older gang dropouts.

Henry Campa, uncle to the latest murder victim, would only say that everyone wants the violence to stop.

“Our prayers go out” to everyone, said Campa, a well-known clergyman with Victory Outreach. “If anyone wants to be counseled, we’re available.”

The fourth victim was Jesse Herrera, a 40-year-old shot to death June 3 as he was coming home from the store. He was shot multiple times and found on Nestles Road behind a shopping center.

George Campa, 34, had just been released from a short jail stay on a probation violation and was headed home from a store when he was shot outside the house where he was staying, Chief Sills said.

Sills said the investigations into the killings are going “pretty well.”

Gang associates from the area, who spoke to The Herald on condition their names would not be published, say the Soledad slayings were sanctioned by the gang’s brass in prison, and would require the approval of top local leadership. Stopping short of accusing him of ordering any hits, law enforcement officials identify Vincent Garcia, who hails from the turbulent civil war era, as the highest-ranking gang member in the Salinas Valley.

Gang associates say he emerged after regiment commanders were swept up in operations Knockout and Street Sweeper during the past two years.

Known to gang members as Big Chente, Vincent Garcia worked closely under Rico Garcia, one of the main instigators of the late 1990s civil war at around the same time. They are not related.

Now in his mid-40s, Vincent Garcia grew up in Acosta Plaza in Salinas, and has recently lived in both Greenfield and Salinas. In 1999, he was sentenced to nine years in prison after six members of Rico Garcia’s gang crew were charged in connection with one murder and a failed plot to kill six others in 1998. According to court records, he was caught on an FBI informant’s tape urging the shooter to use hollow-point bullets because they would cause the most damage.

In the summer of 2007, Vincent Garcia was among a group of Nuestra Familia statewide leaders who convened a meeting after the gang’s top commanders in Salinas were arrested under the FBI’s Operation Valley Star, according to law enforcement records. The purpose of the meeting, held in Tulare County, was to discuss the gang’s remaining resources.

This week, another slaying in nearby Greenfield caught investigators’ attention as possibly being part of the pattern, though they have since abandoned that theory. Thomas Morales, 34, died when someone walked up and shot him and another man at close range around 10 p.m. Monday.

Sills said detectives believe Morales was still an active gang member, and recent jail classification records back this up.

“I thought, ‘This sounds like the same old thing because of his age,’ but now we don’t believe it is,” said Sills, who is now running both cities’ police departments.

Under an agreement between Soledad and Greenfield officials, Sills took over the Greenfield department in March after months of turmoil. After a gang-related shooting that left an 18-year-old man dead and one seriously wounded in May, Greenfield police identified three suspects and arrested two. The third suspect, Richard Jerry Criado, was located in a Texas border town and arrested by U.S. marshals.

It was Greenfield’s second murder of 2012, and the quick arrests prompted jubilation from residents who immediately praised Sills’ turnaround of the department.

Sills attributes the rapid results in the May 8 shooting to a new tone set in the Greenfield Police Department.

“I asked (for the officers) to be more visible in the community,” he said. “The officers came together. We have evidence, we have people who came forward and we made an arrest.”

The Soledad City Council this week approved a plan to begin exploring the possibility of combining law enforcement agencies with Greenfield, King City and Gonzales.

“All the cities intend to look at it,” Sills said. “The question is when, and whether, the councils will put money into conducting research.”

The chief has his critics, and some continue to wonder, in light of the Greenfield arrests, why none has been made in the Soledad cases.

“Has Sills given those poor souls in Soledad that type of attention?” said Johnny Torres’ cousin Avelina. “I don’t think he has.”

Sills defends his department’s record saying a case has been made against Armando Canchola, a Norteño gang member now awaiting trial for two murders. Canchola is accused of killing Victor Martinez, 25, on Oct. 6, 2010, and Cesar Alvarado Vasquez, 28, back in 2008.

Information for the most recent cases “is very difficult to come up with,” Sills said. “We’re relying on physical evidence but people are not forthcoming. Yeah, these are tragedies, difficult cases to prove, but where would we be if not for (recent) grants trying to minimize the violence?”

Avelina Torres said that when her father died, Johnny became her protector. She was about 17, and after she began working at an all-night restaurant on Soledad’s main street, Johnny would keep her company every night.

“He would sit in the restaurant to make sure nothing happened to me. He wanted to make sure I would not get hurt.” she said. “As the years passed, I always got the same type of respect.”

Johnny was six years older than his cousin. A lifelong Soledad resident, Johnny lived next door to Avelina’s mother, and she would visit them both at the same time. After Avelina’s mother died more than 20 years ago, the visits became less frequent, she said.

“To me, when he was murdered I could not understand why,” she said. “He was older. Why kill these older people? What they are doing is wrong. It never makes sense to me why anybody gets killed or murdered.”