My newest project: GRAY AREA,  a podcast about justice and redemption. 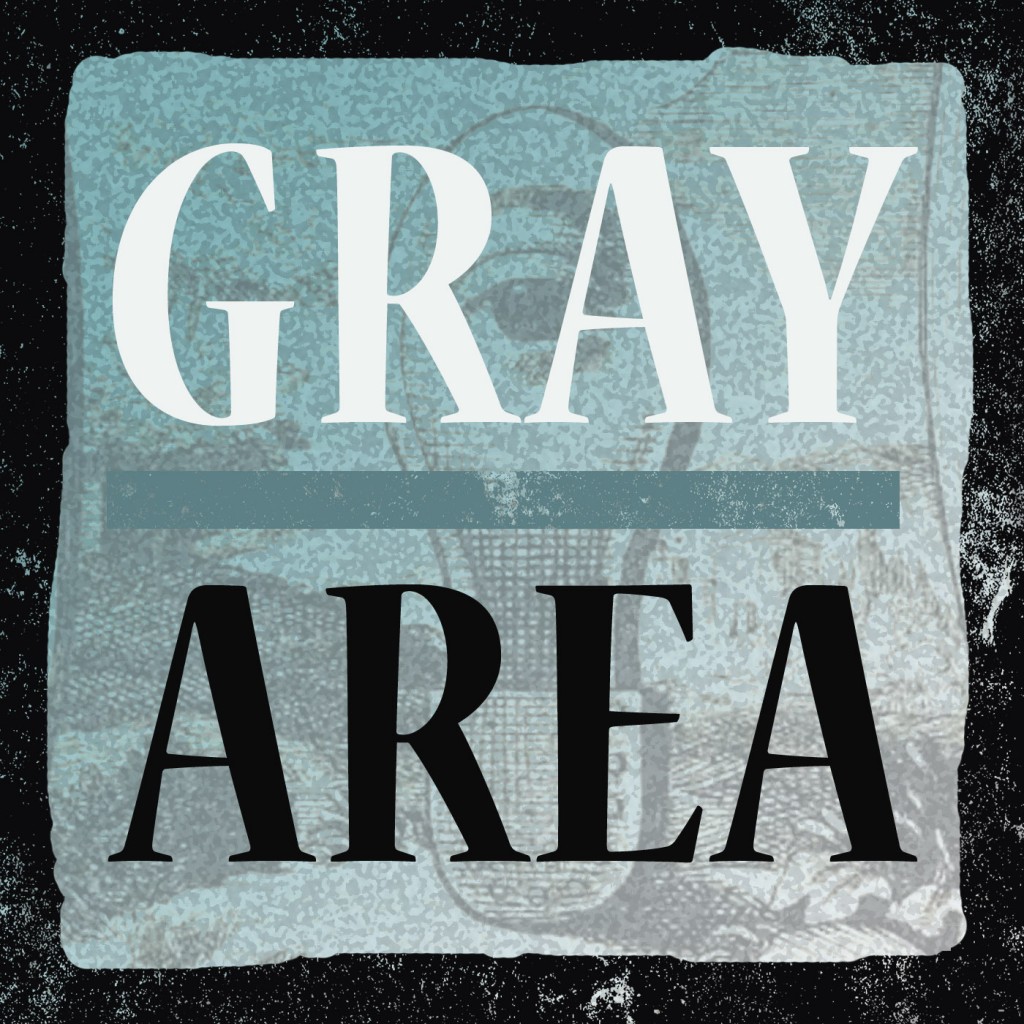 My latest article, in The Nation.

Now available from your local independent bookseller or on Barnes and Noble, Powells.Com, and Amazon.

Request a reading or talk in your community to learn about proven solutions to youth violence.

SACRAMENTO — A musician’s ballads of the travails and glories of narcotics trafficking became a focal point this month as the government won its first conviction in a massive drug and gang racketeering case that swept up more than two dozen defendants, many from Monterey County.

In spring 2007, Operation Valley Star netted 26 alleged members and associates of the Nuestra Familia, or NF, gang in Monterey County and California’s Central Valley, who were charged with dozens of criminal counts revolving around a purported gang conspiracy to sell drugs throughout the United States.

Among those picked up was singer-songwriter Jose Angel Villaseñor.

Almost from the start, Villaseñor asked to be tried separately from others in the vast federal case. His co-defendants are scheduled to begin trials a year from now.

In Villaseñor’s case, which was heard last week in Sacramento, a federal judge prohibited any mention of gangs or the Nuestra Familia. Other than the drug deals, there is no evidence Villaseñor was involved with the gang, and he has never been charged with any gang activity.

But others in the case are documented as top leaders and associates of the Nuestra Familia from Monterey County. At one point, a prominent NF member was caught on tape saying that for every pound of drugs sold, $200 would be sent to NF “banks” in prison, benefiting the gang’s leaders.

The voice on that tape was former Castroville resident Mario Diaz, for years a top target of FBI agents.

In a dramatic turnaround, Diaz has now become a witness for the government in its case against Villaseñor.

Although the government once dubbed the case’s central conspiracy “The Mario Diaz Drug Trafficking Organization,” prosecutors now acknowledge they sat down with Diaz for a “proffer session” for cooperation only days after he was arrested.

Details of that deal are not public, but people close to the case say Diaz has already entered a secret plea agreement.

Last week, Diaz testified that he and Villaseñor bought and sold drugs from each other and that Villaseñor even sold Diaz a customized car with a secret compartment to hide drugs — claims backed in part by recordings of wiretapped phone calls.

But much of the testimony in Villaseñor’s weeklong trial centered around whether he was in reality a drug dealer or a performer.

Originally from the town of Canatlán in the Mexican state of Durango, Villaseñor became a singer-songwriter who tried to make it in the competitive San Francisco Bay Area music scene.

His band, Los Fuereños de Durango, traveled to Bay Area night clubs in a funky red bus which, according to trial testimony, was owned by Villaseñor but driven by several members of the band. Crude block letters on the bus’s side read “Fuereños,” a Spanish word that means “Outsiders.”

Villaseñor would often serve as the band’s leader and deal with bookings, said his occasional bandmate Saul Coronado Jr., who sings and plays keyboard as a solo act and with other groups.

“He had more love for the music than the other guys,” Coronado said.

Los Fuereños’ play list was a mix of dance tunes and original ballads composed by Villaseñor. Some were narco-corridos, an immensely popular genre of Mexican music whose lyrics tell of drug traffickers’ victories and troubles, something akin to gangster rap in the U.S.

Made popular in the 1970s by the San Jose-based band Los Tigres del Norte — in whose songs the narcos often meet with violent deaths — narco-corridos have since been banned from radio stations and nightclubs in some Mexico states. But not in the U.S.

“Whatever sells, that’s what we play,” said bandmate Coronado, who testified at Villaseñor’s trial. At some clubs, he said, the band wouldn’t be able to play at all if singers couldn’t satisfy the crowd’s demand for narco-ballads.

But corridos can be “about drugs, heroes, anything,” he said. “There’s even a corrido about César Chávez.”

One of Villaseñor’s songs, “The Black Taurus,” tells the story of three women from Durango who every week drive a black Ford Taurus into the U.S., presumably to deliver drugs and bring money back home. It laments the fate of a small Mexican town where the U.S. market for crystal methamphetamine, known as ice, has taken over the town’s economy:

“In Santiago Papasquiaro, no one grows crops anymore,” goes the song in Spanish. “Ice is where it’s at.”

As evidence of Villaseñor’s involvement in Mario Diaz’s drug conspiracy, Assistant U.S. Attorney Jason Hitt offered up 20 wiretapped phone conversations in which the two use coded language to discuss and plan a number of drug deals.

Diaz testified that two of those deals took place on the band’s bus, one with Monterey County resident Gerardo Mora. In another, Diaz said he asked Salinas NF associate Juan “Wino” Gallegos to pick up drug sale proceeds from Villaseñor in the bus, which was parked in Fremont. Gallegos left with the cash, he said, along with marijuana he bought from part of the proceeds.

But in a search of Villaseñor’s residence, FBI and state narcotics agents found no drugs or drug residue, although they did find what they called a drug-packaging area stocked with plastic Glad sandwich baggies, rubber bands, acetone and the dietary supplement MSM, which prosecutors said can be used to “cut” drugs for sale.

At one point, Diaz said, he needed a special car to transport drugs to Ohio, where a kilo of cocaine could fetch $4,000 to $6,000 more than in California. According to testimony, Villaseñor charged Diaz $6,000 for a Mazda Millenium fortified with an X-ray-proof secret compartment that could hold eight kilos of cocaine. Diaz said it was used to do just that when a woman from Salinas drove with a companion to unload the drugs in Ohio.

As surveillance of Villaseñor continued, federal agents soon identified him as the man whose stage name was “El Teniente,” Spanish for lieutenant.

When he was arrested, agents found a business card in his wallet that read El Teniente de la Sierra (The Lieutenant of the Mountains), a card prosecutors said bore one of the wiretapped phone numbers next to a photo of Villaseñor in a cowboy hat.

But in a surprising appearance on the last day of trial, Villaseñor’s bandmate Coronado declared under oath that he was El Teniente.

“It’s my artistic name,” he said, explaining that Villaseñor had considered using the name for a little while but decided to let Coronado have it.

El Teniente’s MySpace site shows Coronado decked out in his cowboy finest, and several of Coronado’s albums and YouTube videos bear that name.

The face on the card that agents found in Villaseñor’s wallet, he said, was also his.

He also testified he was the listed owner of one of the cell phones prosecutors said belonged to Villaseñor, though surveillance agents reported they had seen Villaseñor answer it.

Coronado, however, testified that various band members often answered that and other wiretapped phones, as he pointed to the same phone numbers listed for booking calls on the band’s posters and CDs.

For the jury, such conflicting testimony apparently did not overpower what prosecutor Hitt called the “overlapping layers” of evidence that centered on the 20 taped phone conversations.

Last Thursday, jurors took less than two hours to find Villaseñor guilty of three counts, one of conspiring to distribute methamphetamine, cocaine and marijuana and two of using telephones to carry out the acts.

Villaseñor faces 10 years to life in federal prison. He is scheduled to be sentenced Jan. 25.

Reporting about my reporting

For  press coverage of Blood in the Fields, go here.

• When Crime is Just the Beginning of the Story
• Bringing What’s Buried in Folders to Life
• Strategies for Reporters Coping with Stress
Coverage of Julia Reynolds’ work at the 2009 Aftermath Conference at Harvard in Nieman Reports.

How we report on youth violence, a guide
From Chicago is the World

Operation Knockout I
Radio interview with Julia Reynolds on the day of the Knockout raids in Salinas and how Ceasefire might help with the aftermath.
by Cy Musiker, KQED-fm, Apr 22, 2010

Nuestra Familia: Our Family
Radio interview with reporters Julia Reynolds and George Sánchez about the surprising origins of the NF and California’s gang wars
by Ben Adler, KAZU-fm, Apr 28, 2006

Exposé: America’s Investigative Reports
This clip from the documentary was featured on PBS’s Web site.

In late 1999, our tiny bilingual magazine el Andar was threatened with a $10 million defamation lawsuit by one of Mexico’s most powerful families, the Hanks — over an article by yours truly, titled “The NAFTA Gang.” We refused to retract our reporting and with the support of first amendment groups and press coverage here and abroad, the family backed down within a year.