Here’s a new documentary about the other red vs. blue rivalry that is ripping communities and families apart. I haven’t seen it yet, but it looks good:

Crips and Bloods: Made in America

The Center for Investigative Reporting and Latino Public Broadcasting‘s award-winning film about a father, a son, a gang and the FBI.
Co-producer, lead reporter, writer 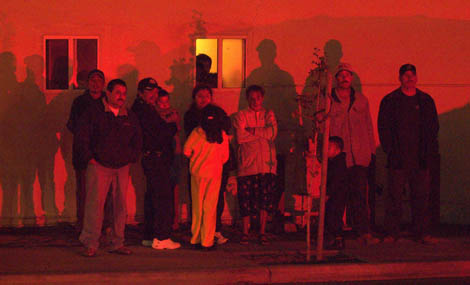